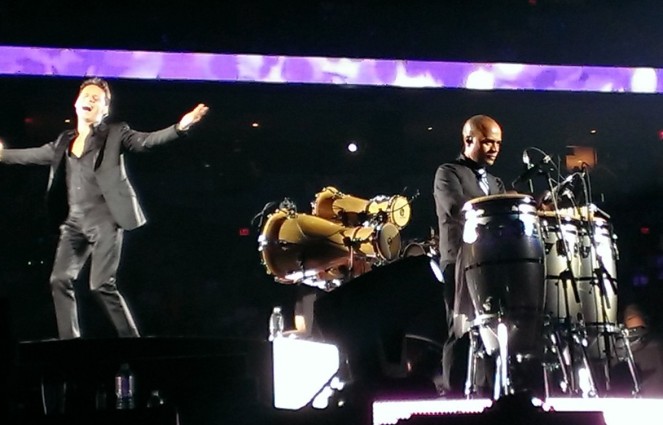 This past weekend on June 16th, 2018, Zagaria Vocal Academy LLC had the pleasure of welcoming percussion teaching maestro, Eric Velez to our studio for a very anticipated master class. For those of you who are unfamiliar with Eric, he has worked and toured with Latin superstar, Marc Anthony for 23 years as well as Jennifer Lopez for 6 years. Furthermore, he has recorded albums with Latin stars like Celia Cruz, Jose Alberto, Eddie Palmieri, Kid Panaram, and Jack Bruce just to name a few. Eric is a Toca signature artist and is also sponsored by Zildjian, Remo, and Vic Firth. His love for the art of Latin percussion was very apparent throughout the entire master class, as he explained the history, evolution, and different rhythms and techniques of each instrument.

Zagaria Vocal Academy is also honored to announce that Eric Velez has agreed to teach exclusively for our academy in person as well as online.  Furthermore, Eric has agreed to record session work for hire in our state of the art recording studio.  We plan to have more master classes with Eric in the future.  If interested please contact our office.

Not only does ZVA hold awesome master classes with Eric Velez, we offer music, voice, song writing, recording classes, management consults, and a full recording studio filled with the some of the areas best teachers and producers.  Zagaria Vocal Academy LLC is the worlds first online music and voice academy.  Three years ago, Jeffrey Zagaria opened the new studio location in the beautiful office park at the current 301 Yamato Road location. ZVA is available now both online and in studio at our new Boca location.  Zagaria Vocal Academy LLC has been a member of NAMM since 2014, and has been granted the “Best Of 2014, and 2015 awards”.

Wonderful Shot Of Eric During A Live Performance